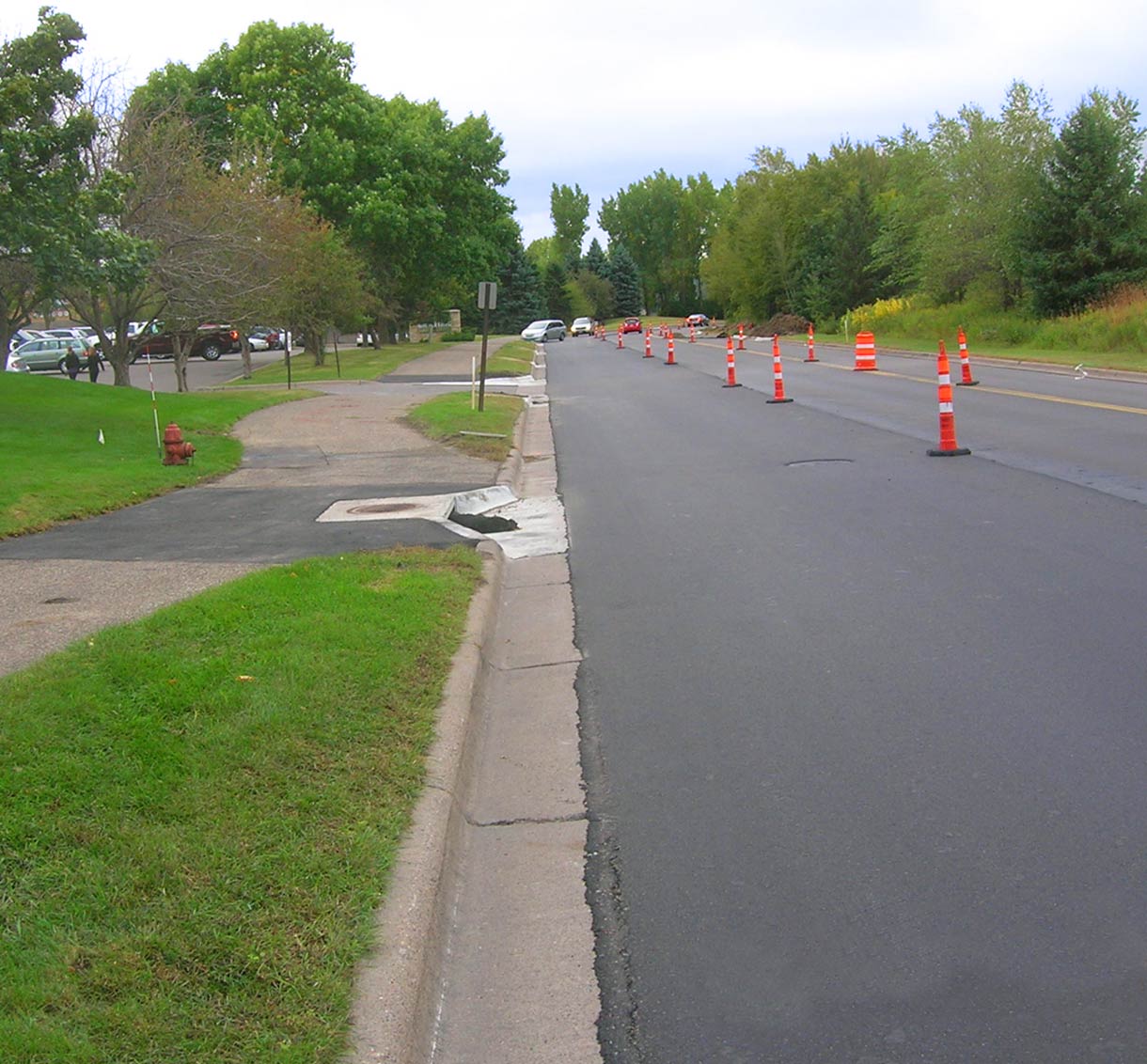 The project began with spot utility repairs prior to the pavement replacement. Bituminous pavement was removed by milling the upper layers and reclaiming the lowest layer to use to improve the crown. Following the removal of the pavement curbs and catch basins were repaired. After the reclaimed gravel base was shaped and completed the three-lift bituminous surface was paved one lane at a time in order to keep two lanes of traffic open throughout the project.