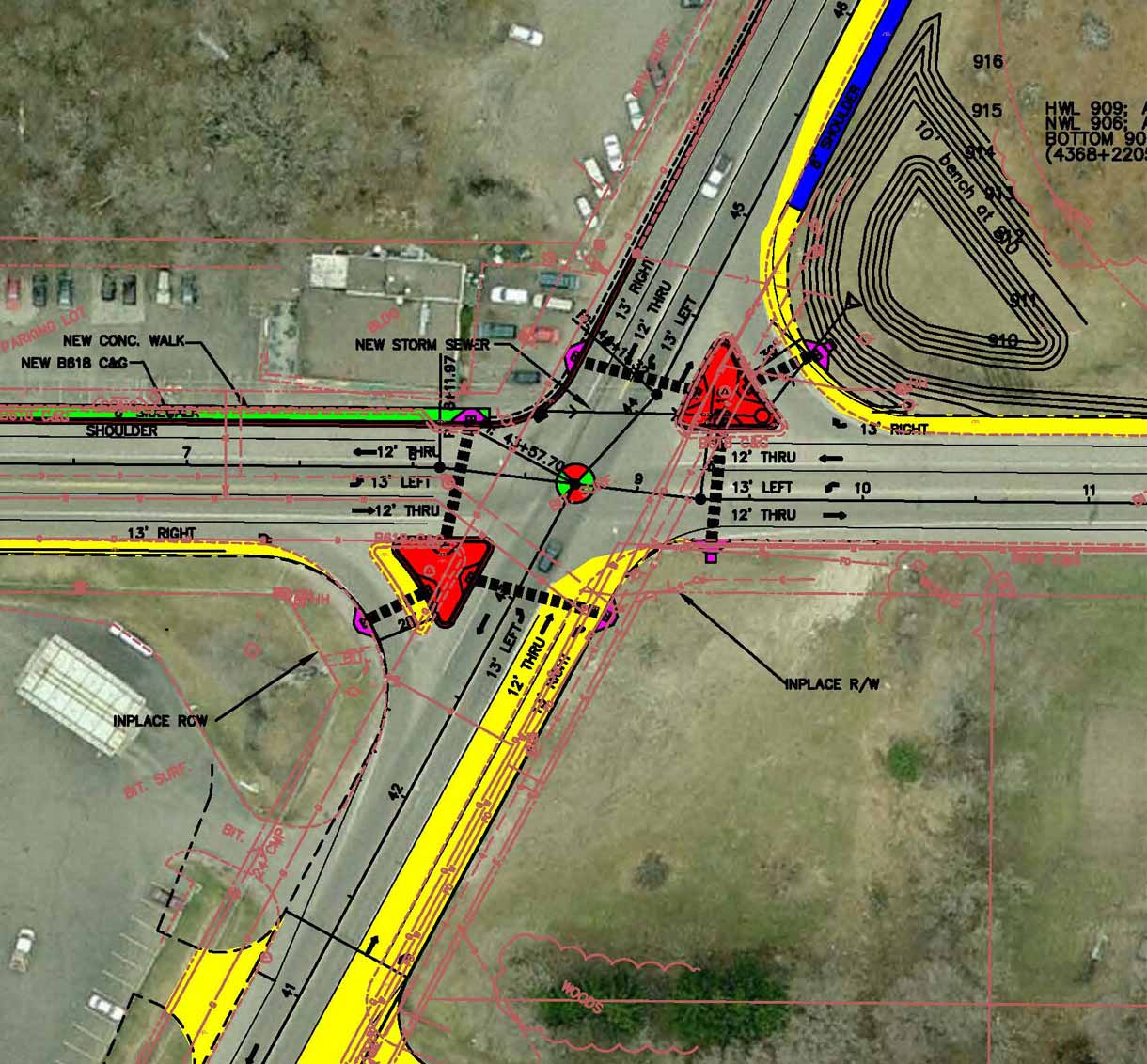 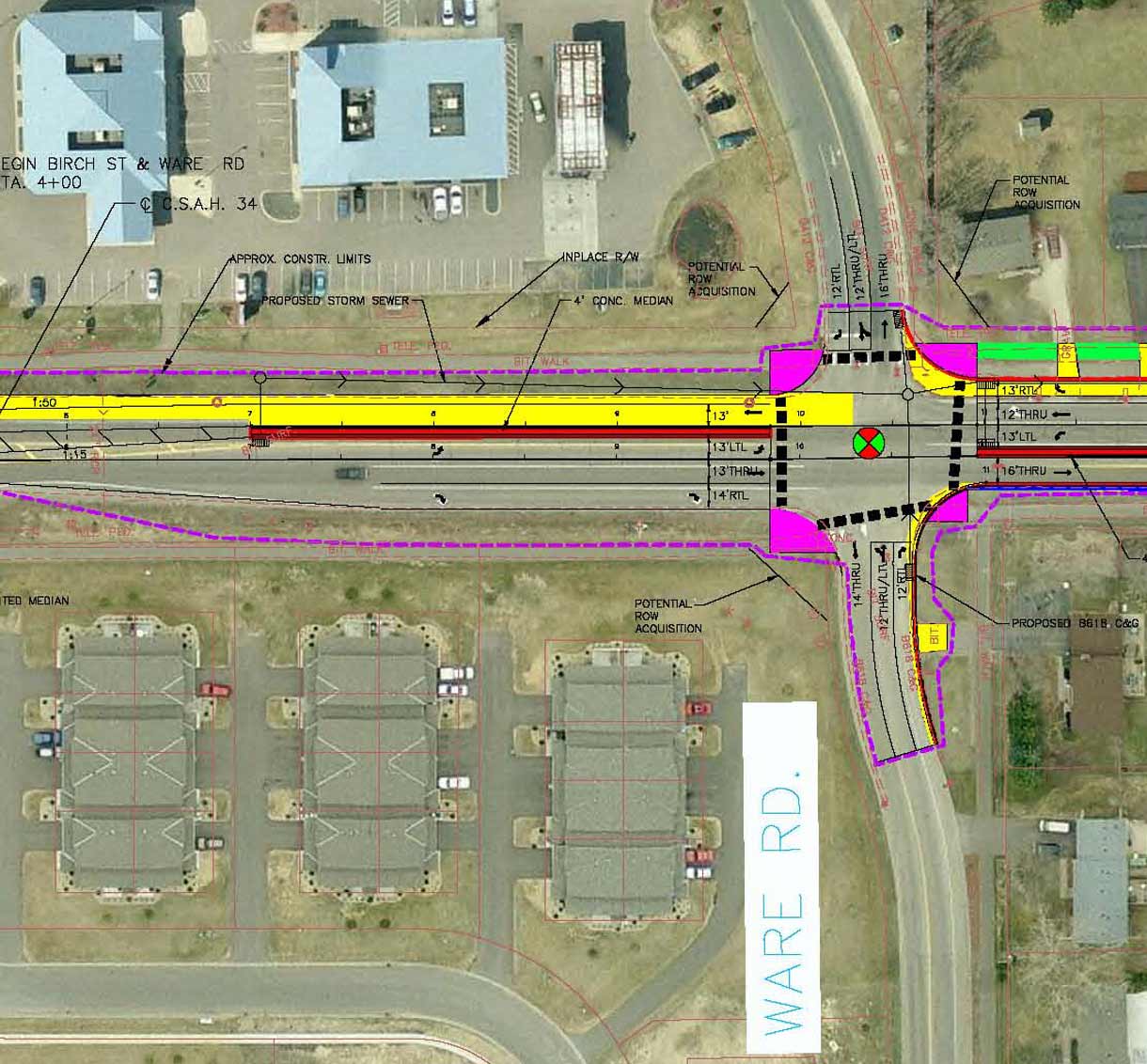 The City of Lino Lakes hired TKDA to examine traffic operations and determine the need for traffic signal control at two separate intersections: the Birch Avenue and Ware Road intersection and the Lake Drive and Main Street intersection.

TKDA collected data, performed warrant checks and prepared a Signal Justification Report for each intersection detailing the need for installation of a traffic signal. After presenting the reports to Anoka County further discussions led to the decision to include intersection improvements with each signal project. TKDA developed concept layouts and a concept cost estimate for the additional improvements. After the bonding amendment was passed the City again turned to TKDA to develop the preliminary layout and provide the final design plans.