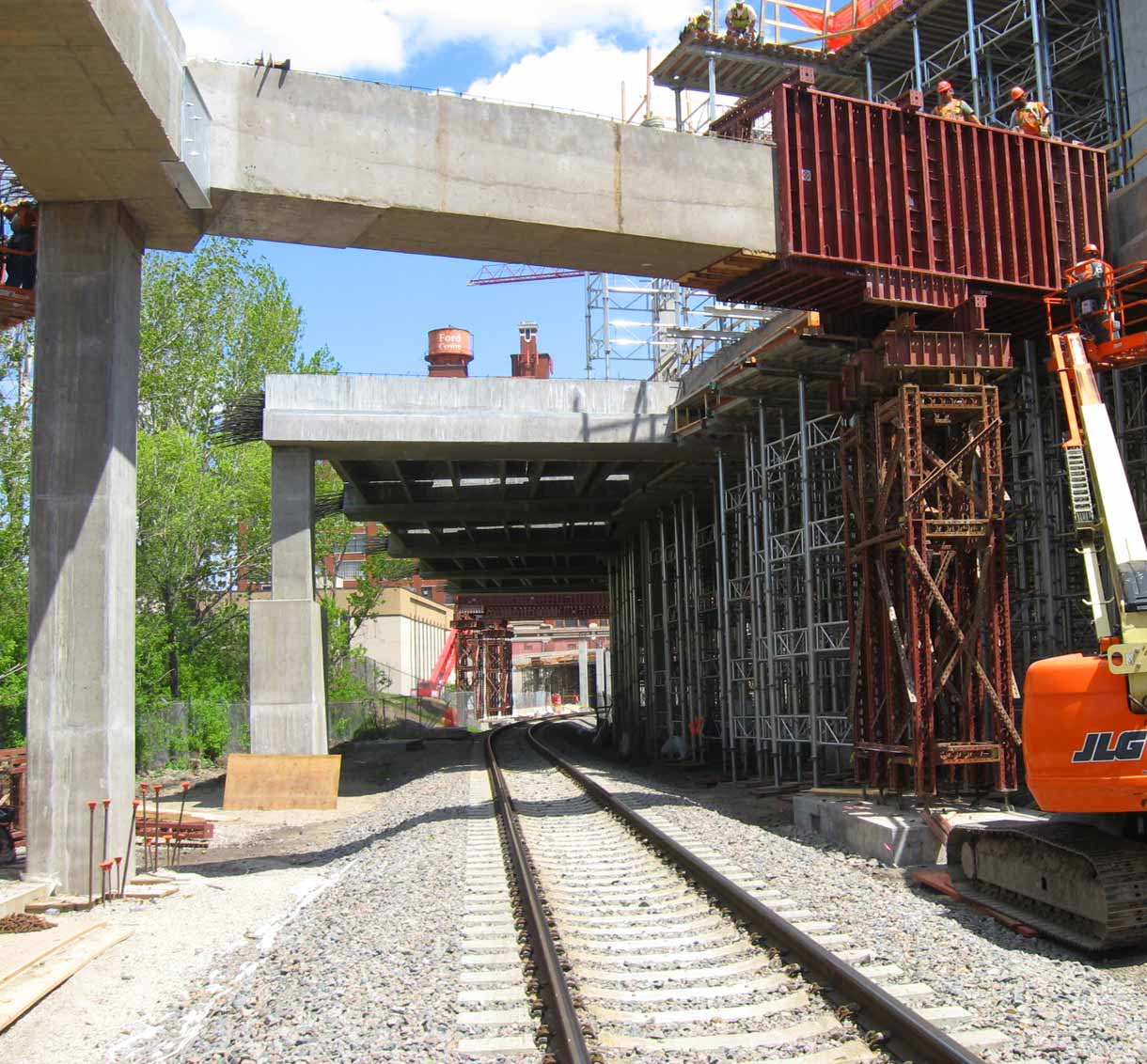 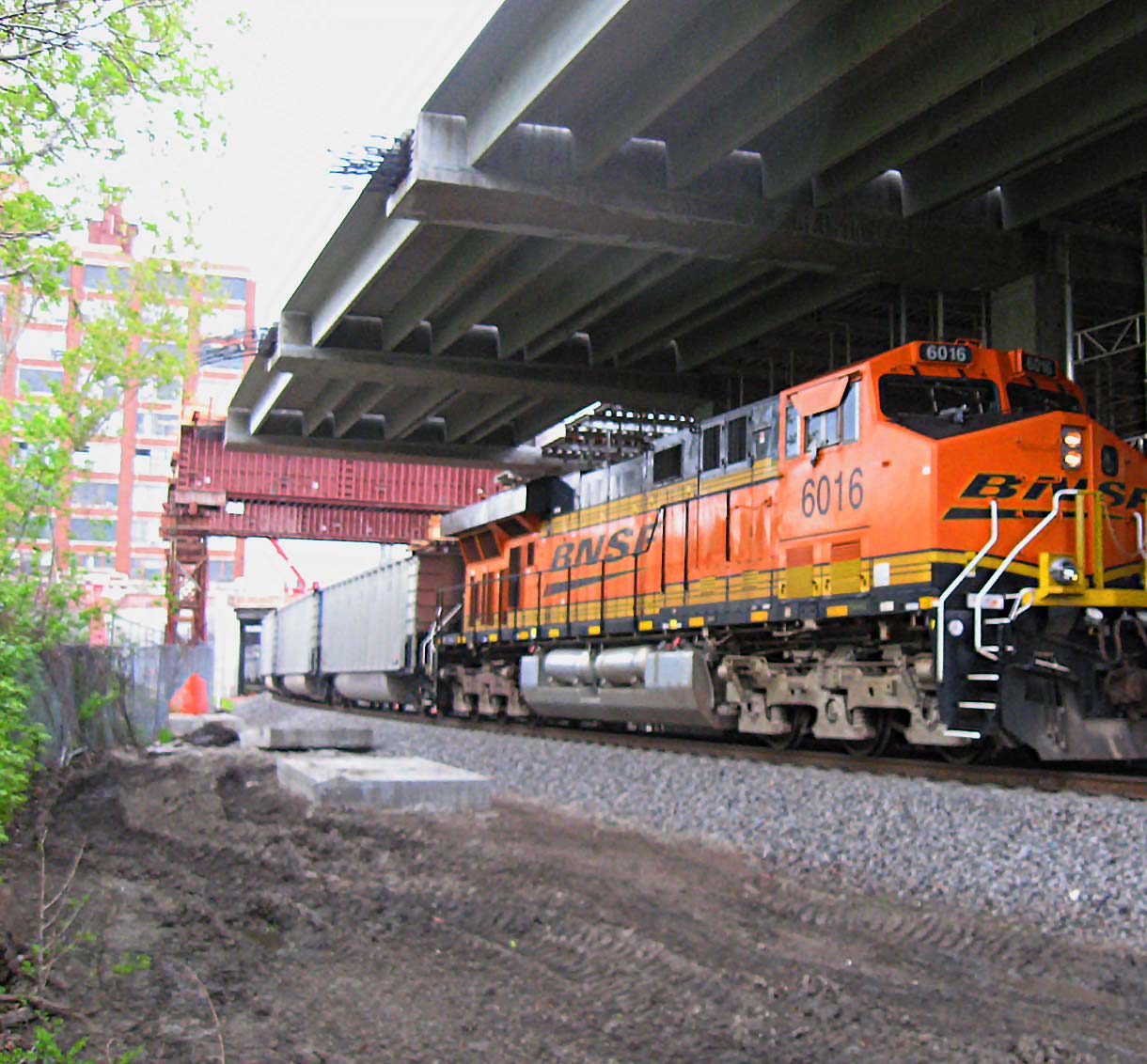 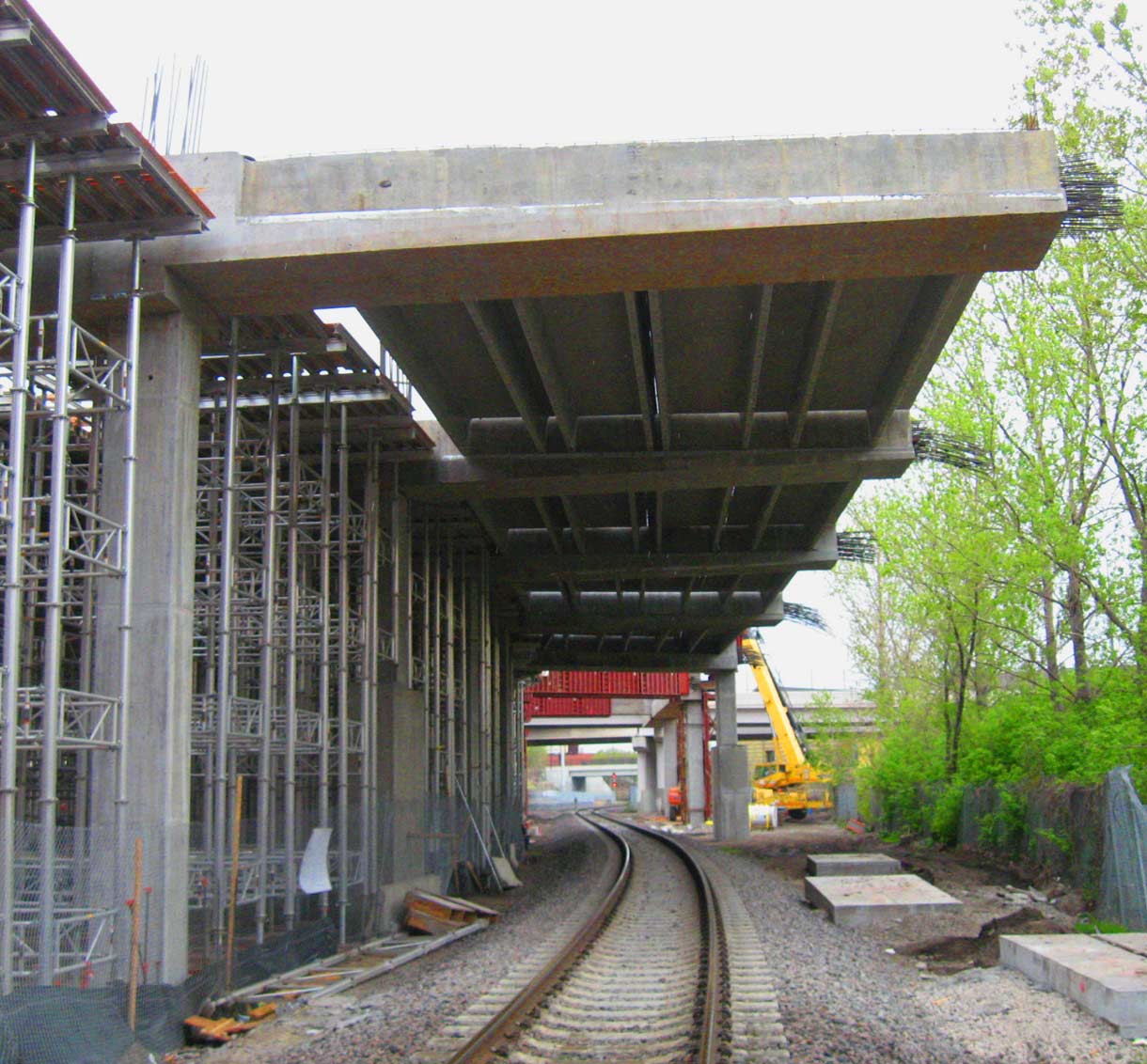 The Twins Baseball Stadium is located on a very confined site in the Warehouse District of Minneapolis, Minnesota. A BNSF Railway Company mainline track skirts the north edge of the site carrying 12 to 15 trains per day plus Metro Transit’s Northstar commuter rail service. Stadium plans called for the Promenade Deck of the facility to be built over the existing track. TKDA was commissioned to prepare plans for relocation and realignment of approximately 2,650 feet of track to accommodate stadium construction.

In addition to the design of the relocated and realigned mainline track, TKDA also provided guidance to the stadium designers for the inclusion of crash walls in the column design to withstand forces that could be expected in case of a train derailment.