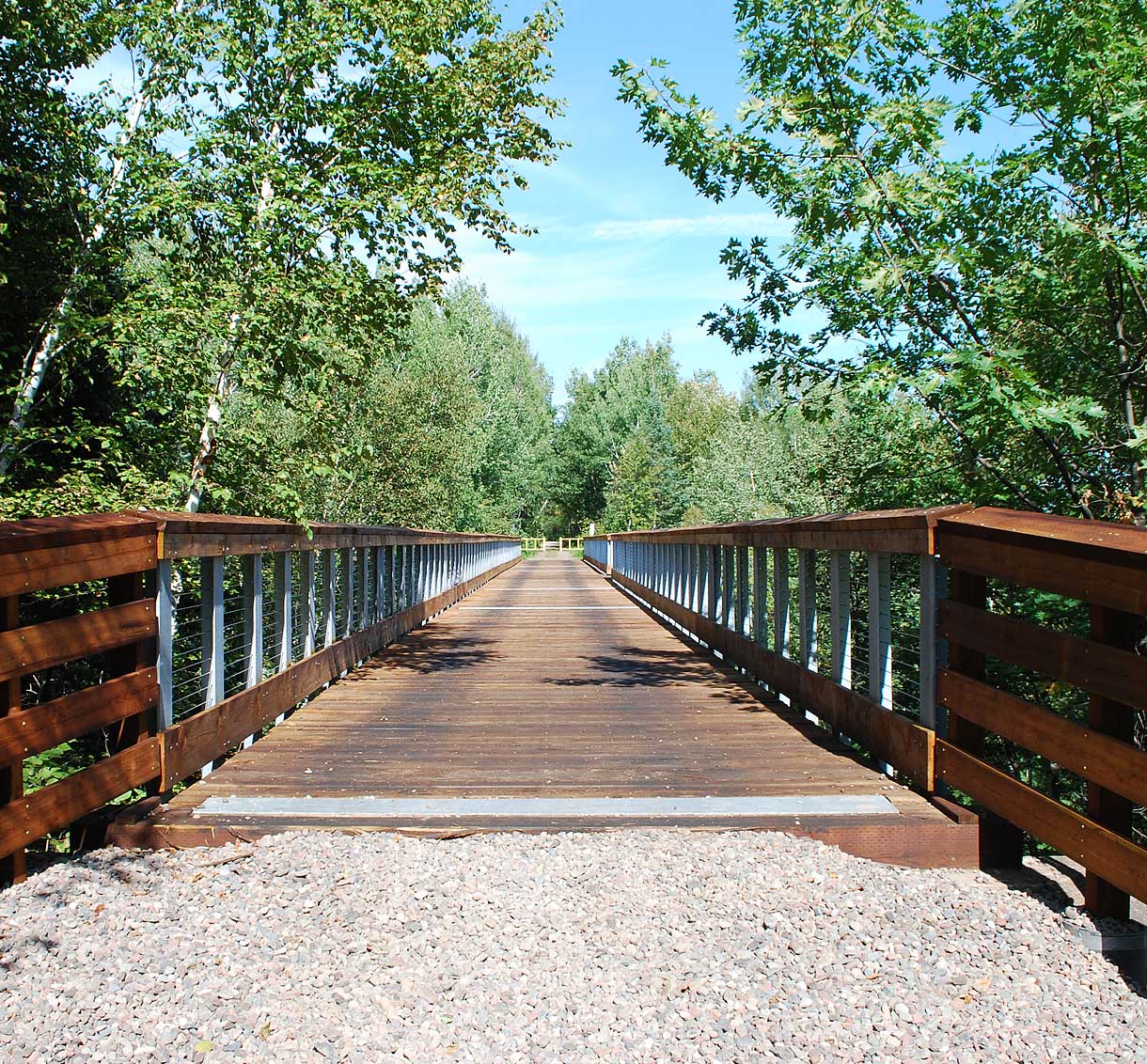 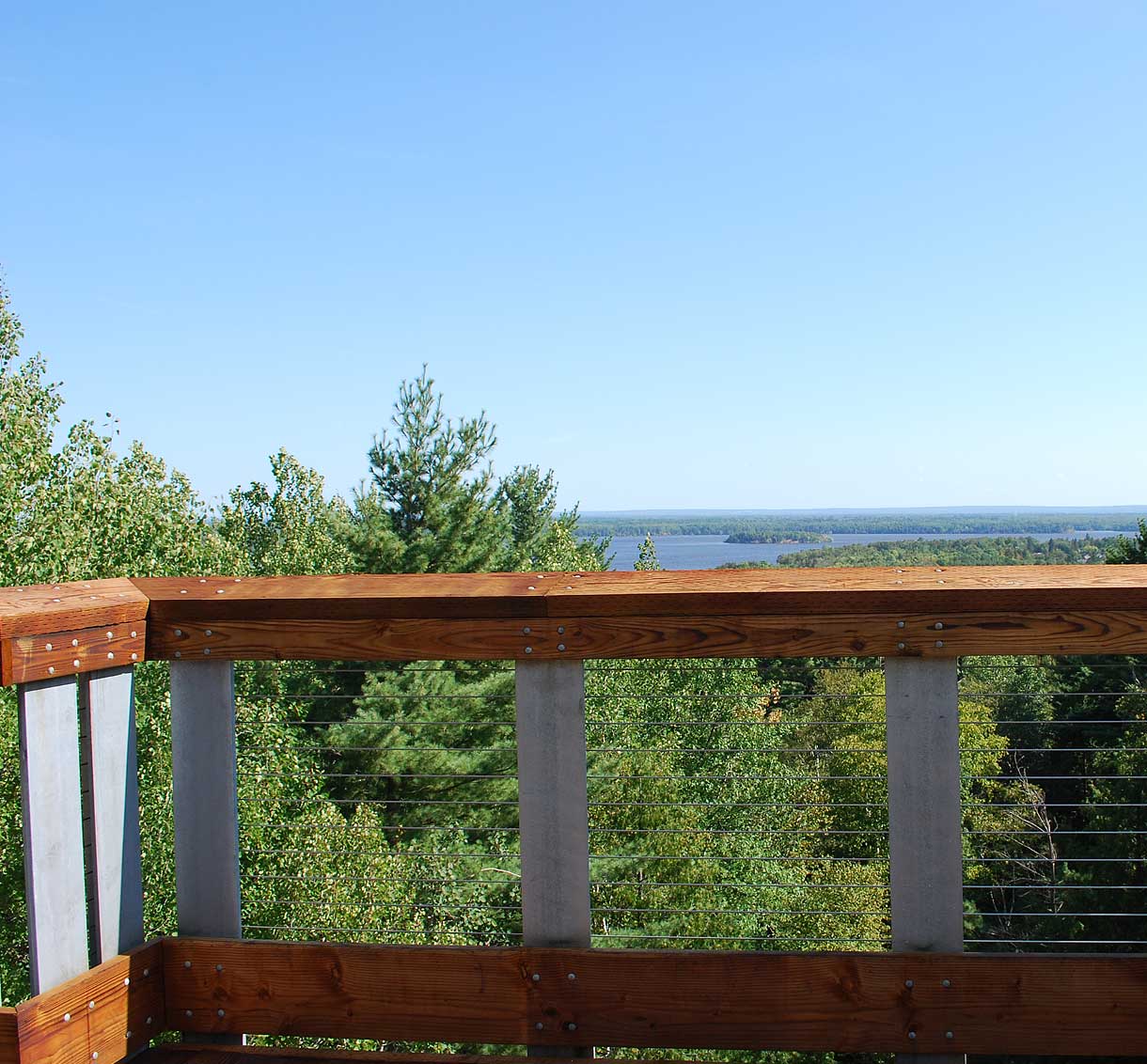 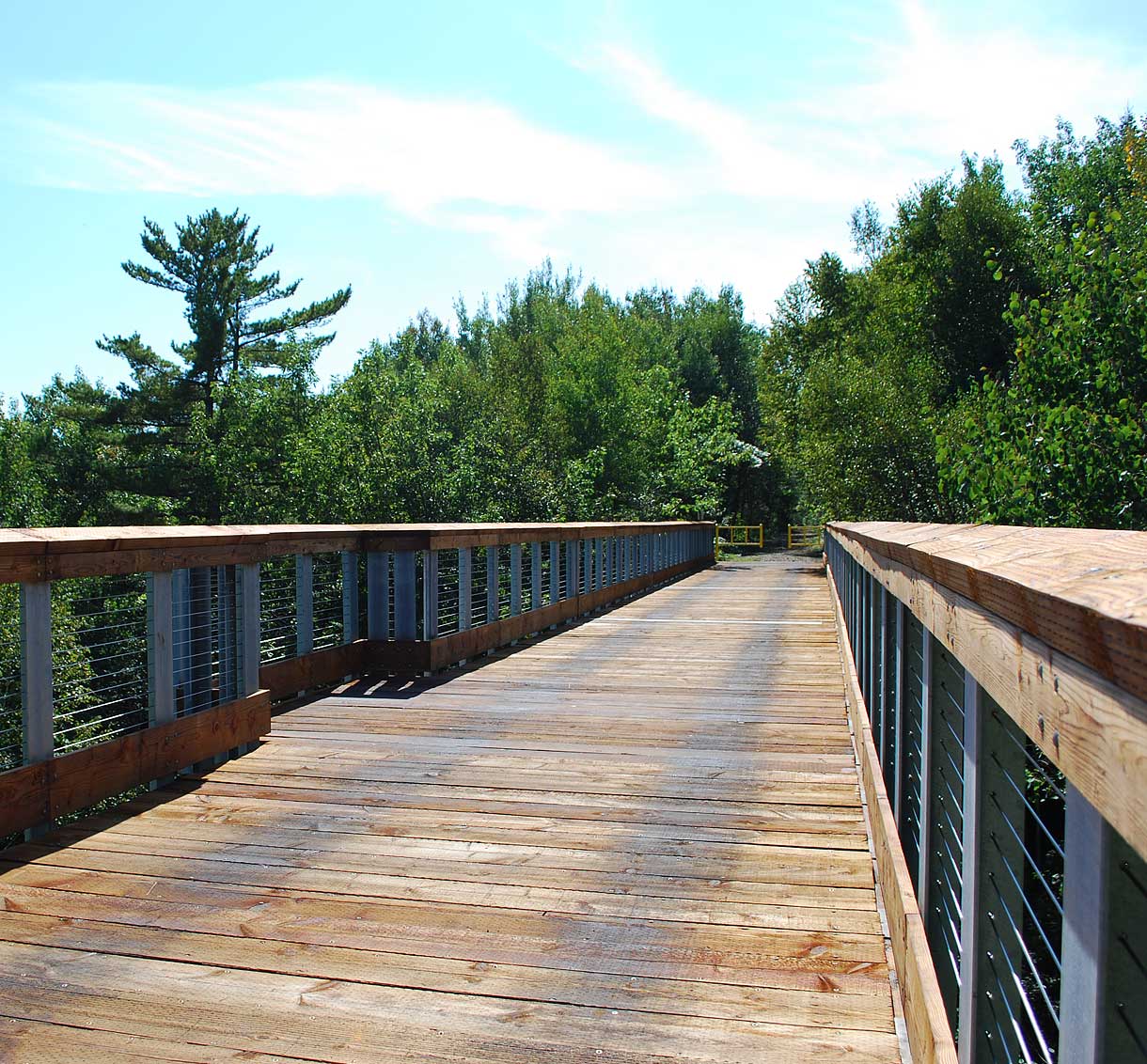 The City of Duluth retained TKDA for engineering services for design and construction management to rehabilitate the bridge carrying the multi-use DWP Trail over Stewart Creek in Duluth, Minnesota. Formerly carrying the Duluth, Winnipeg and Pacific Railway, the goal was to rehabilitate the Stewart Creek Bridge so that it was safe for pedestrians, skiers, mountain bikers, equestrians, snowmobilers and service vehicles.

The five-span deck plate girder bridge has spans consisting of 60’-30’-60’-30’-60’ (240’ steel bridge). The existing steel girders were designed for railroad loading so they had more than enough capacity to support the proposed loadings. A new 12’ wide prefabricated timber deck along with a 2” deep timber wearing course was installed on top of the girders. The bridge overlooks the St. Louis River Valley so it was important to the City of Duluth that the scenic views could be appreciated. TKDA incorporated an overlook at the midpoint of the bridge as well as a “see-through” railing. TKDA’s design called for wire rope cables in the railing as opposed to the traditional timbers to allow the bridge users to view the scenic beauty surrounding the bridge.

As part of the project, TKDA evaluated a second railroad bridge along the trail, a 45’ long timber pile trestle that was deemed structurally unsound. TKDA prepared a plan for demolition and site grading to provide an at grade trail intersection with the Clyde Connector Trail.

This project provided a unique challenge due to its location. The site is located less than one mile away from the nearest roadway and sits on a steep hillside in a recreational area.

This project also provided a unique challenge due to its intended use. Because the DWP Trail was designed for pedestrian, cross-country ski, mountain bike, equestrian and snowmobile use, the city sought input from these user groups as well as the surrounding community as part of the process.

In addition, there were multiple construction projects going on concurrently along the DWP trail.