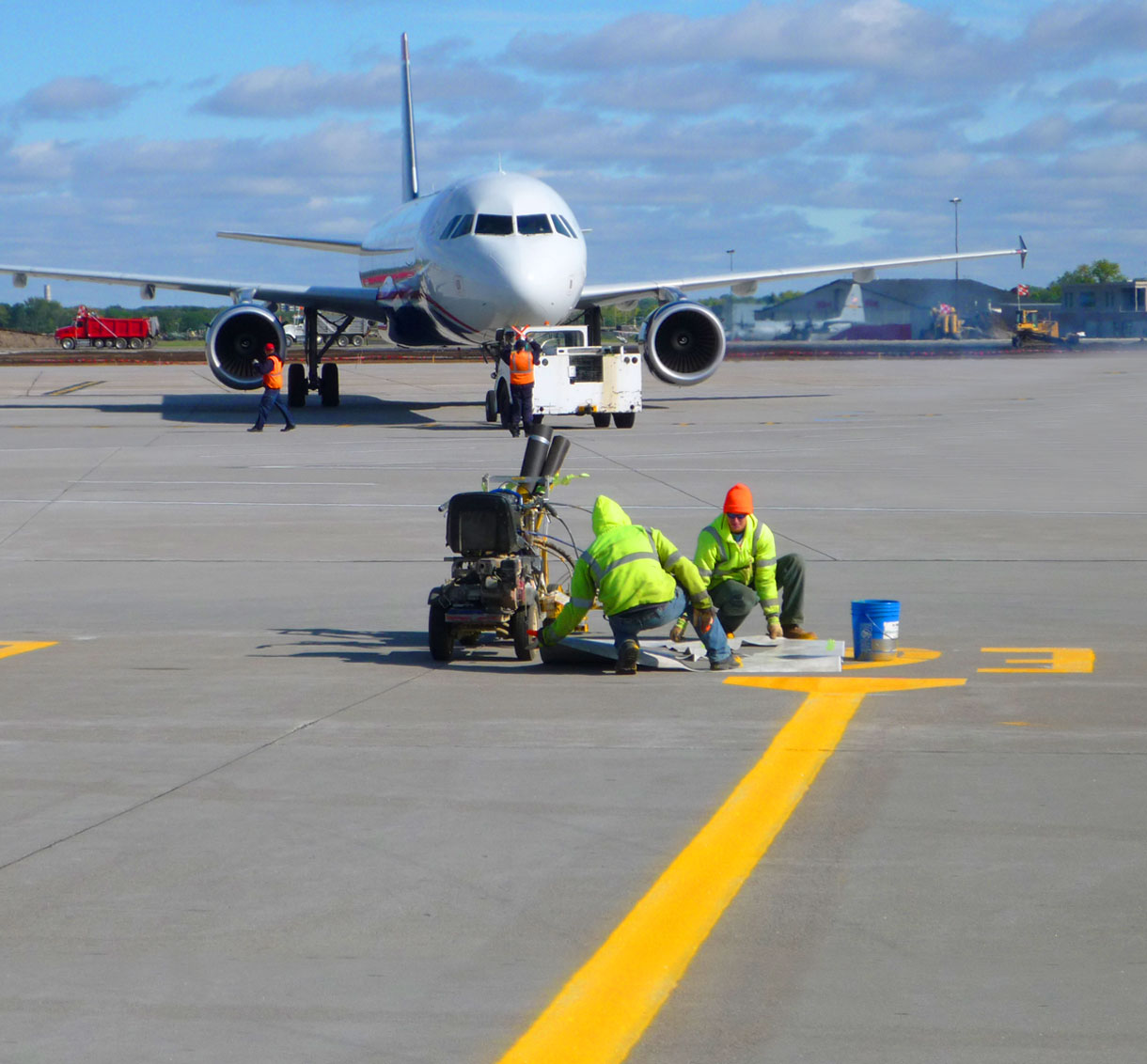 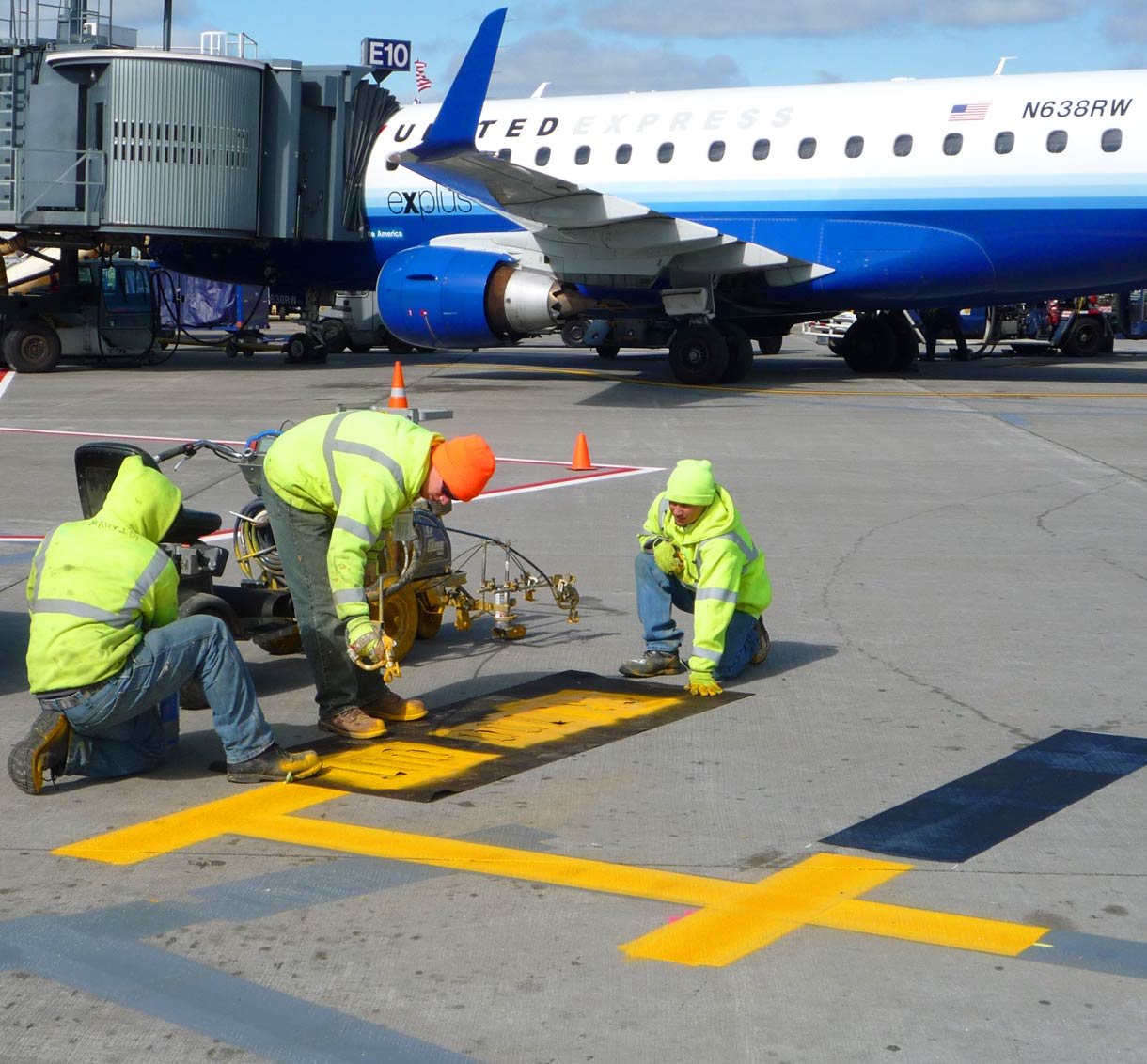 TKDA reviewed the existing gate layouts to determine which gates could accommodate the combined aircraft fleet without modifications to the passenger boarding bridges or the fuel pits. After surveying existing conditions, TKDA provided detailed drawings of proposed gate layouts and markings along with a summary of proposed modifications and an overall analysis of their passenger boarding bridges. TKDA also provided on-site coordination of the Continental paint crew as they updated pavement markings at each gate while minimizing disruption to United’s operations.