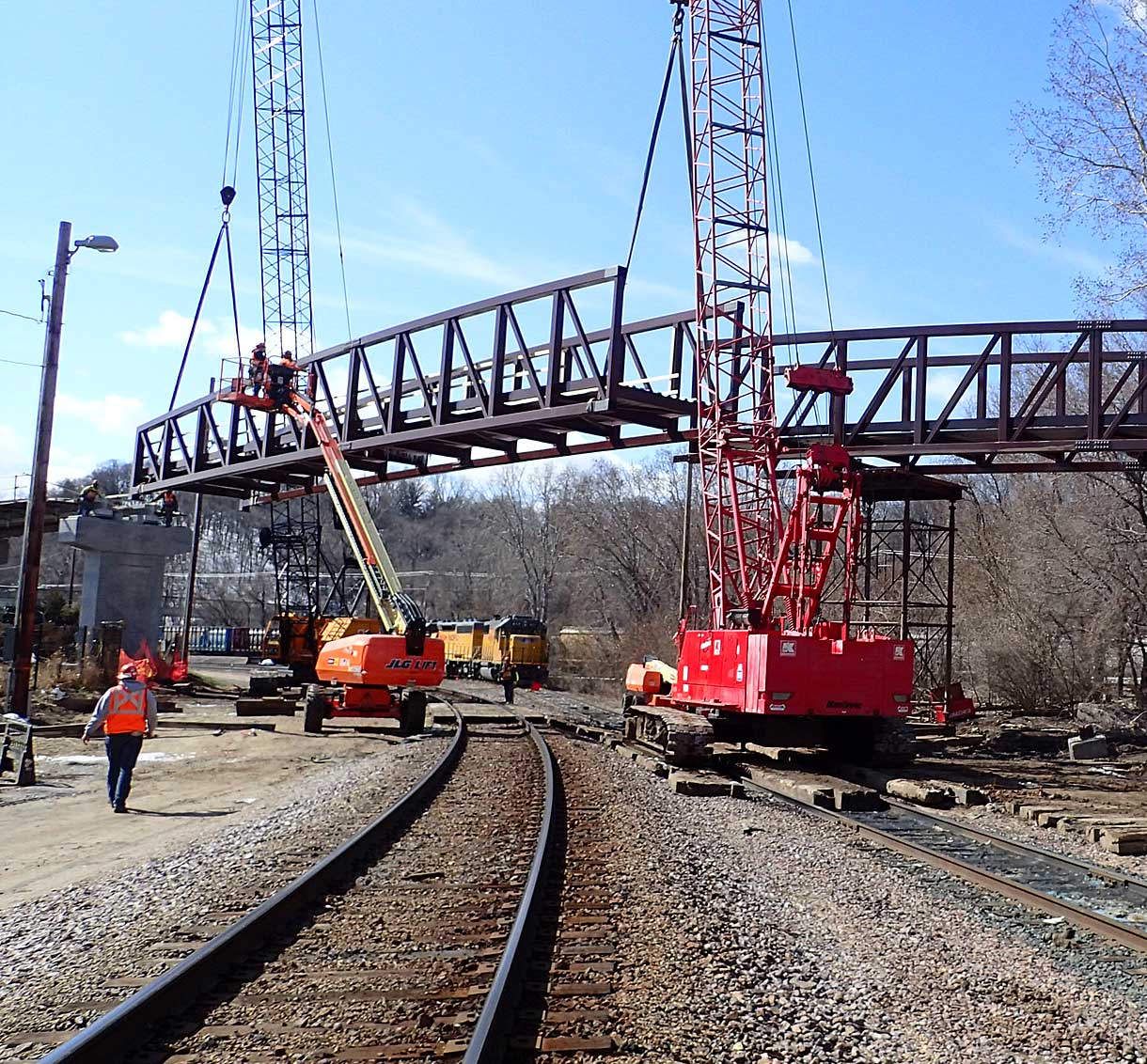 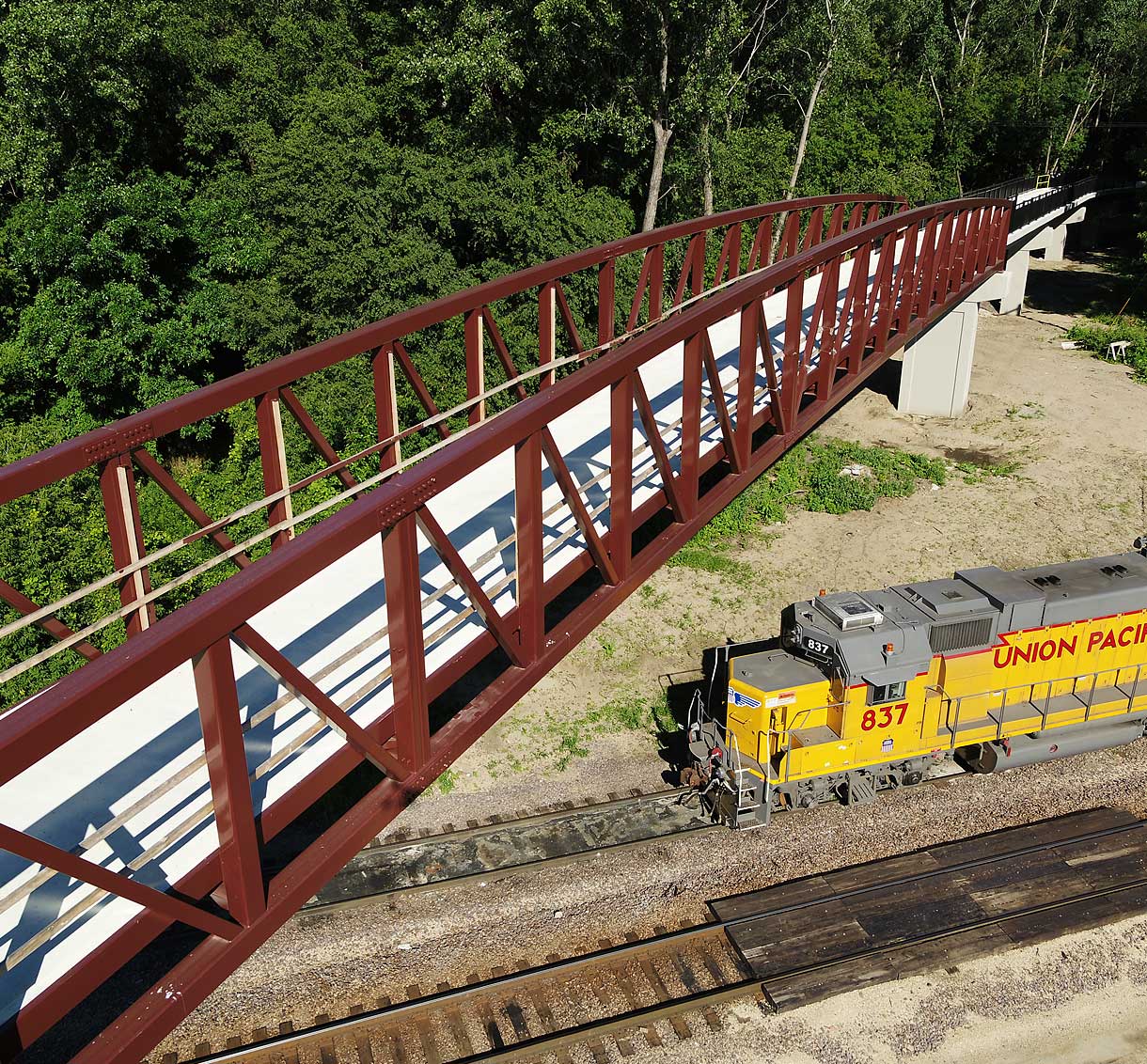 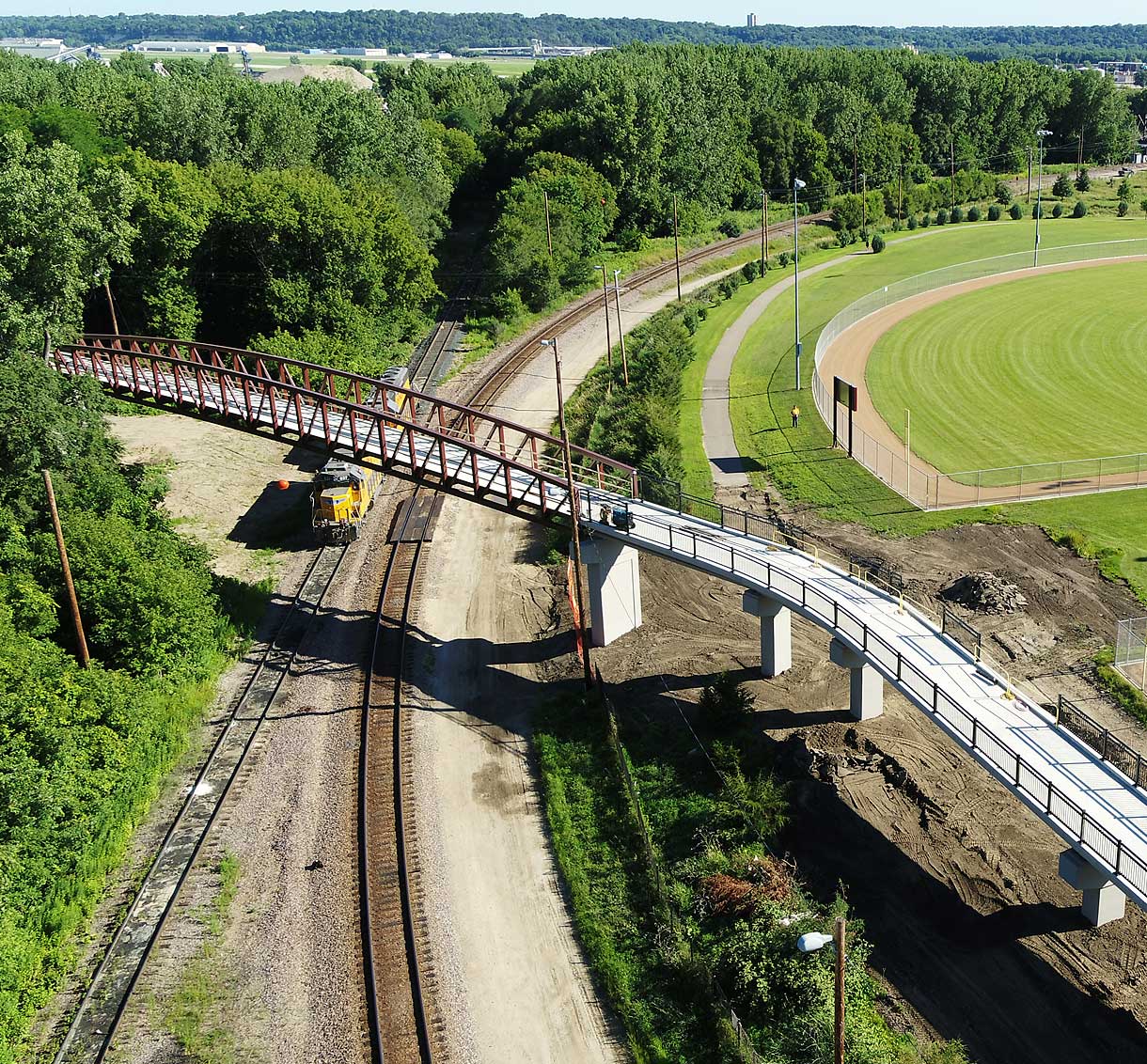 The project features a bridge over the Union Pacific Railroad (UPRR) tracks adjacent to Kaposia Landing Park in South St. Paul, two boardwalks within Mississippi River backwater marshland near the airport and three at-grade RR crossings. TKDA was able to display their diverse service offerings, including transportation, traffic, municipal, railroad and aviation engineering. In addition, TKDA’s facilities engineering group was brought on board to study the feasibility of relocating the Pool and Yacht Club facility as a design option.