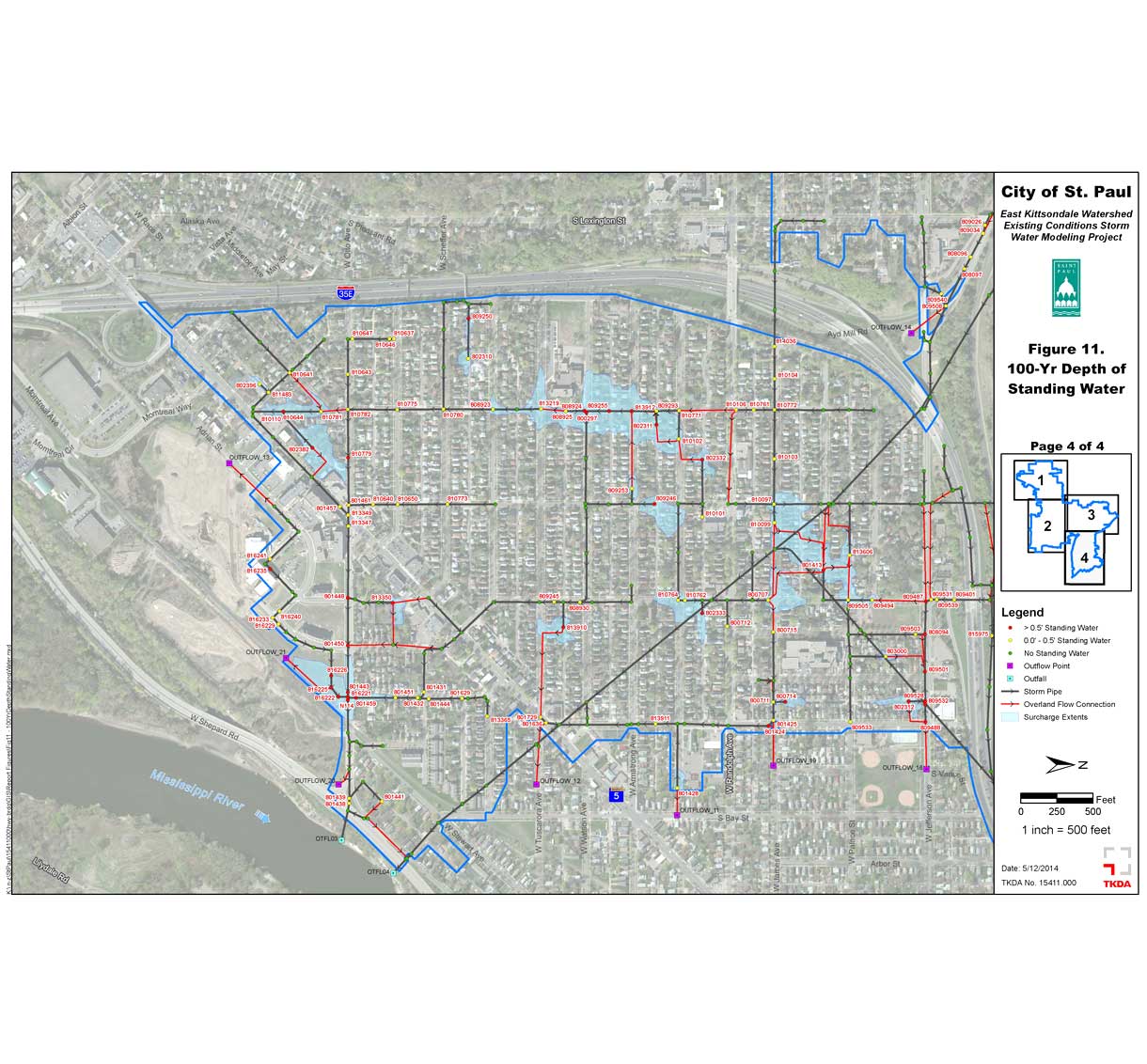 TKDA created models to assist City in evaluating their infrastructure

Due to surface flooding, the 1,840-acre Kittsondale tunnelshed needed to be evaluated and updated. TKDA performed XP-SWMM and P8 modeling to develop hydraulic grade lines within the tunnel and to identify surface flooding locations including the extent of the flooding.

With the XP-SWMM model TKDA was able to identify all locations of surface flooding and to define the hydraulic grade line in the tunnel. The XP-SWMM model also solved to show the difference between TP-40 and Atlas-14 rainfall depths. The goal of the P8 model was to define total suspended solid and total phosphorous loads to utilize in NPDES permit reporting.