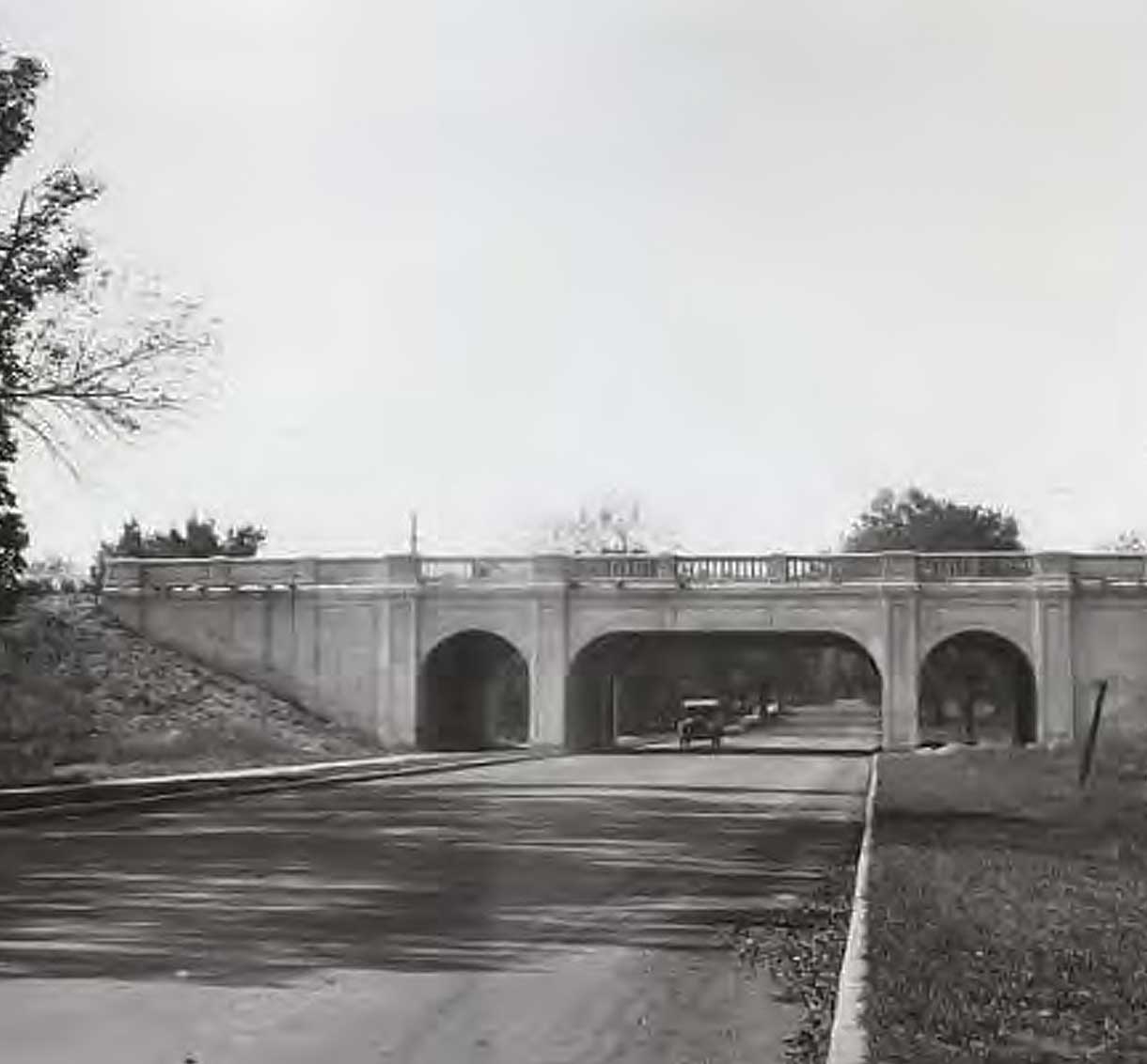 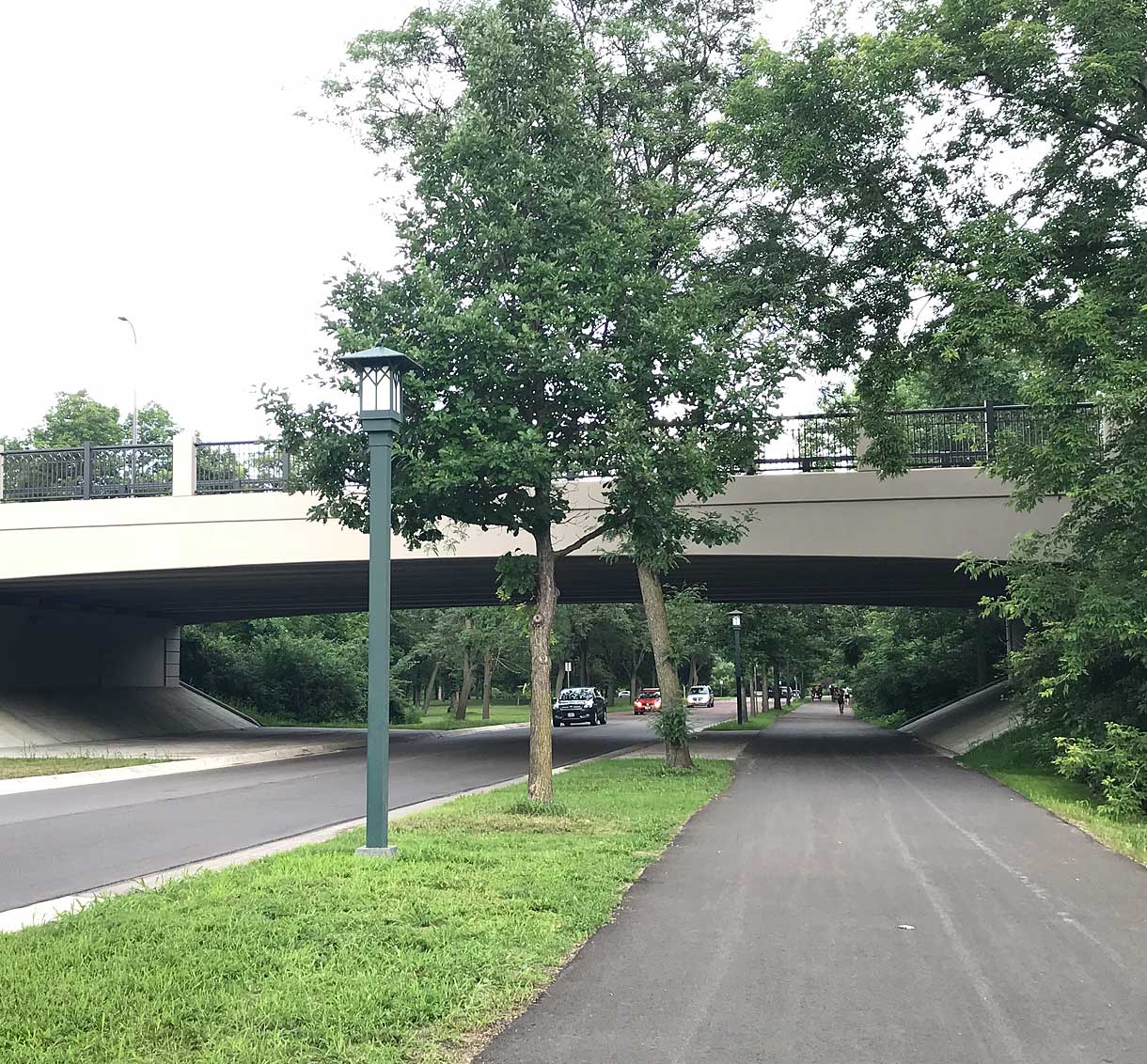 Hennepin County, in partnership with the City of Minneapolis and the Minneapolis Park and Recreation Board, retained TKDA to complete a bridge feasibility study, preliminary and final design, construction administration and inspection for the replacement of the CSAH 46 Bridge over Godfrey Parkway in Minnehaha Regional Park, one of Minneapolis’s oldest and most popular parks. The original bridge was constructed in 1925 and rehabilitated in 1972. At 90 years old, the bridge was well past its intended life. The primary objective of the project was to replace the existing bridge while limiting the approach roadway reconstruction.

Construction of the replacement bridge presented a number of challenges. Closing the bridge for reconstruction required a lengthy detour route for CSAH 46 traffic, thus eliminating full closure as an option. Limiting impacts to pedestrians and bicyclists during construction was also a significant challenge. The Grand Rounds Trail that passes under the bridge, a popular trail that links a number of city parks, is frequently used for high-profile public events and is designated by the Federal Highway Administration as a National Scenic Byway. The crossing experiences significant pedestrian and bicycle use on both CSAH 46 and the Grand Rounds Trail, and limiting the impact of construction for trail users was a major focus of TKDA’s work. Innovative ideas and a well-thought-out and sequenced construction staging plan for traffic, bicyclists and pedestrians was essential to the success of the project.

The option recommended in the feasibility study, and ultimately constructed, was the staged construction of a prestressed concrete beam superstructure with semi-integral abutments supported on micropiles, which made it possible to avoid large open-cut excavations. TKDA’s design made possible the continued use of CSAH 46 for traffic and the Grand Rounds Trail for pedestrians and bicyclists for the entire duration of the project and minimized impacts to existing trees and landscaping, an important project goal. Construction began in January 2017 and was completed in November 2017.